Bomplake is a coastal community found in the Ngonoh section of the Sherbro island in Southern Sierra Leone. With a population of 141 people who are Mendes of Sherbro decent, the principal income generating activities are fishing and subsistence farming. Prior to the intervention of the Promotion of Nutrition and WaSH self-supply project, funded by BMZ through Welthungerhilfe Sierra Leone, the inhabitants of the town were prone to several water borne diseases such as: Cholera and Diarrhoea, Typhoid Fever, Bacillary Dysentery, etc due to poor hygiene and sanitation, and the lack of access to safe drinking water. The source of water for the community was from unprotected sources; mostly open hand dug wells, pond, and streams. 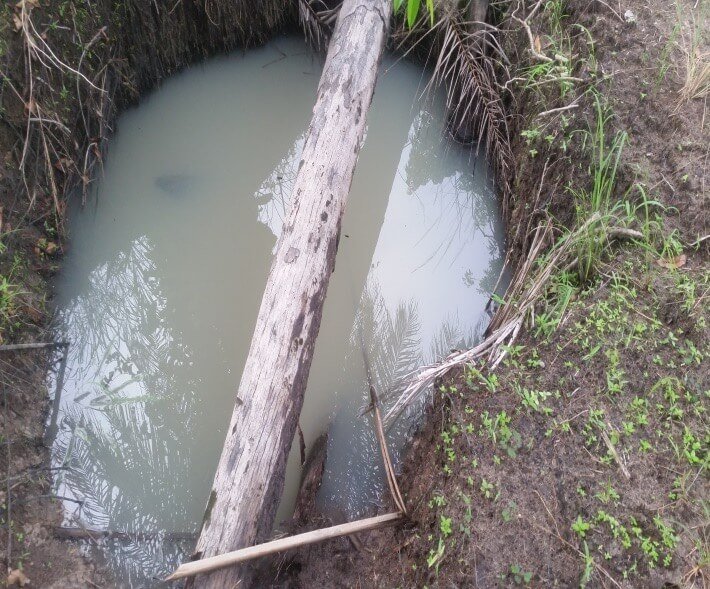 Picture above: Common source of drinking water for residents before the project intervention

In April 2019, during the first inception meeting on the project content and approach, the Project Officer emphasized the relevance of hygiene promotion and the formation of a solidarity group in the community. A group of twenty (20) households formed a solidarity group and with the support of SEND Sierra Leone and Welthungerhilfe, VSLA saving boxes and materials were provided to enable the group save their resources to finance the installation of their own WaSH facilities.

Interestingly, the Bomplake community resisted releasing the saved resources pointing out that they will not let go of their savings until the wells are being installed. Community members recounted previous experiences where financial institutions and individuals absconded with their funds.

“We fear that you might run away with our money because we have had several experiences of fraud. Besides, people have lied for us, took our money and went scot- free.” Charles Vonjoe expressed. After series of negotiations with the community, the funds were finally released.

Two weeks later, a team of technicians went to the community and constructed fourteen (14) wells for the contributing households. After this development, community members willingly began contributing to their respective Village Savings and Loan Associations (VSLAs) in order to benefit also from the wells. Other community members are also eager to benefit from the second phase of the project which is the provision of latrines. Hawa Beah, a community stakeholder added:

“we have realised the importance of having clean and safe drinking water at our doorstep. It has reduced the distance we initially cover to fetch water. There has been reduction of water related illness in this community”. 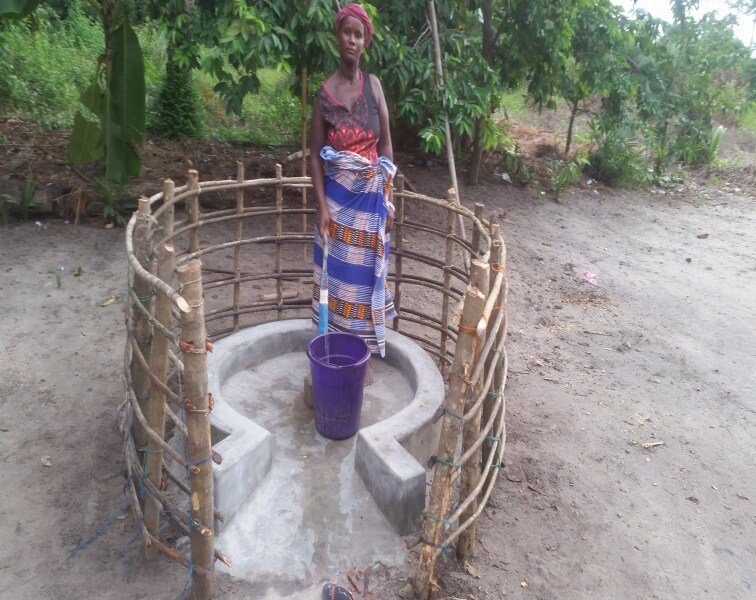 Picture above: Resident of Bomplake fetching water at her self-financed EMAS pump for her household.

Diarrheal cases and other susceptible diseases that previously plagued the community are gradually becoming a thing of the past as a result of the provision of potable water through the water wells and also the training and sensitization sessions community members have received on personal hygiene and communal sanitation. In addition, Gender Model Family households were created within the community and have since been exemplary to other families as they promote peace and tranquillity. Husbands and wives now make joint decisions in the household and also business.

The beneficiaries of these newly constructed wells have established a maintenance fund, spare-headed by a committee of ten (10) who have been charged with the responsibility of collecting a maintenance fund monthly. This fund will be saved for future maintenance and repair works in the case of any damage to the WaSH facility. They have also enacted by-laws on the use of the facility to maintain its sustainability.

The beneficiaries of these newly constructed wells have established a maintenance fund, spare-headed by a committee of ten (10) who have been charged with the responsibility of collecting a maintenance fund monthly. This fund will be saved for future maintenance and repair works in the case of any damage to the WaSH facility. They have also enacted by-laws on the use of the facility to maintain its sustainability. Francis Venja, a community resident with great affirmation noted that:

“we hope that we will succeed in mobilizing resources to quickly access the latrine which is our priority since water is no longer an issue for us. We want to have latrines so our community will be open defecation free and the dignity of women restored. We are grateful to SEND Sierra Leone, its donors and partners (BMZ through Welthungerhilfe Sierra Leone for spurring us to not only to gain access WASH infrastructures but also their support to enable us realise the importance of a hygienic environment and empowering us to take remedial actions to champion development”.