Like most African countries, the Sierra Leonean woman is still marganilised economically as a result of fundamental problems that exist within the country. The women of Funkia community are not in any way an exception to these problems. Funkia is found within the Goderich community around the peninsula of Western Rural District. It is a cosmopolitan community with over 1,000 households but due to urbanization has an approximate population of over 5,000 inhabitants. As a community that is found along the shores of the Atlantic Ocean, the major economic activity for men is fishing while the women are mostly engaged in petty trading. Women in these parts are barely financially independent as a result of lack of access to financial services coupled with high illiteracy.

In achieving the Sustainable Development Goal 5, it is important to engage women in activities that will empower women economically. Women in the Funkia community require a sustainable source of income and access to credit facilities with relatively low interest rates to boost their businesses. It is also important to provide financial literacy education and promote financial empowerment and independence.

Contingent on this, SEND Sierra Leone through the Women Igniting the Spirit of Enterpreneurship (WISE) project funded by Irish Aid through Trocaire introduced the first phase of the project in the Western Area Rural District. The project is currently being implemented at the community level; it is aimed at ensuring that women become self-reliant and economically viable within their communities. During the first phase, sums of money were transfered on a conditional basis to women groups known as Gender Model Family. 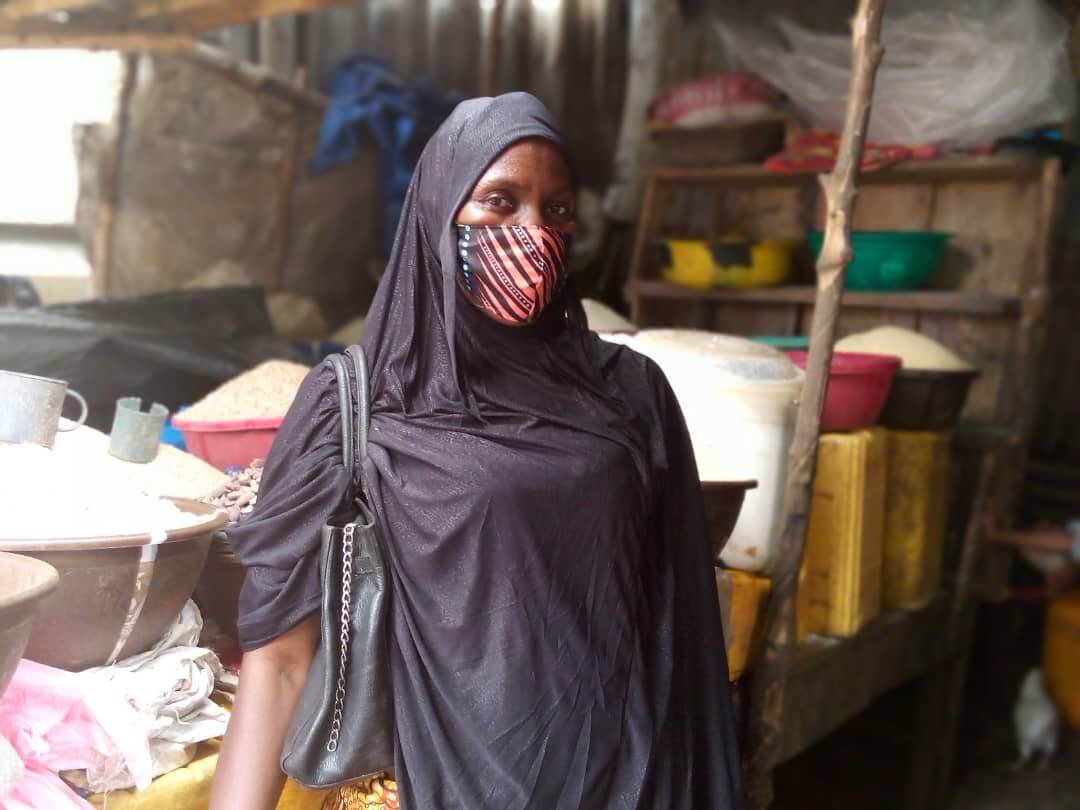 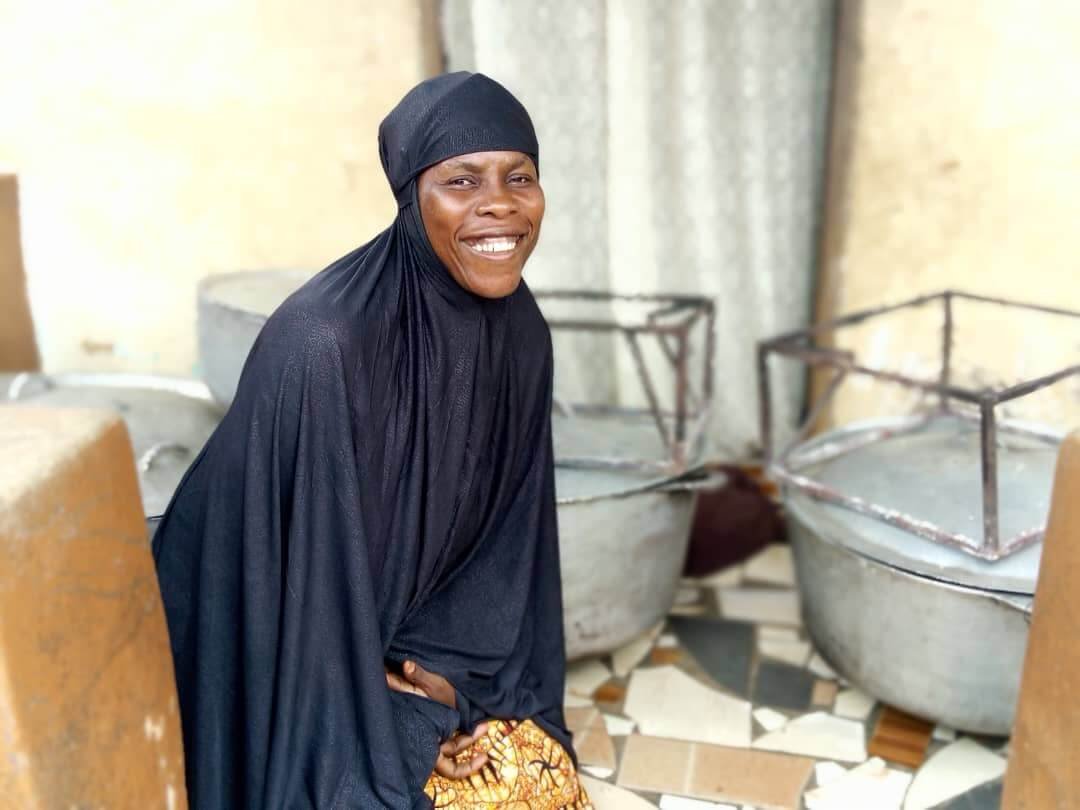 The second phase of the project introduced the formation of the Village Savings Loan Account (VSLA). The purpose of the village savings loan account groups is to provide an alternative way of saving money to achieve self-reliance unlike the old and informal corporative groups that left women in precarious situations. This initiative is to ensure that women form groups under the guidance of the staff of SEND Sierra Leone.

The God’s Grace Village Savings and Loan Association (VSLA) group was created in August 2019 after several engagements with the project field staff. The group consists of twenty (20) women who are petty traders residing within the Funkia Community. Members of the group received extensive financial literacy education and participated in financial independence and empowerment training sessions

The group organises weekly meeting where they discuss their finances, business expansion, issues bothering women and also offer solutions to their challenges. The group is led by Madam Haja Sesay, she was appointed among the members based on a unanimous consensus. Her roles include: coordinating meetings, controlling the VSLA box and ensuring compliance of rules and regulations among members. The intervention of SEND Sierra Leone through the Women Igniting the Spirit of Entrepreneurship project has yielded great change in the lives of the God’s Grace women’s group in the Funkia community. The project included series of trainings ranging from leadership skills and techniques, business management skills to mobilization and utilization of resources among others to support their business.

“This project has made a great impact on us! expressed the Chairlady Haja. As women, we have demonstrated great commitment and dedication to this group and this has fostered unity amongst us. We have succeeded in saving 19,900,000 leones in just nine months and we no longer resort to micro-credit or bank loans as we use to do before”, she expressed with excitement.

Early this year, God’s Grace Village Savings Loans Account members initiated and decided to form a sub-group among themselves in order to enable group members own household properties which they will reinvest to increase their income. With this, a set amount of 20,000 leones weekly is deposited by each member aside from their main savings and after a period of 6 weeks the sum of three million leones (Le 3,000,000) is given to a member. This will be done until all members benefit from the 3 million leones. Since the inception of this laudable initiative in 2020, three members have benefited. Haja Sesay, the first beneficiary of the initiative purchased big cooking pots otherwise known as “Awojor pots” in Sierra Leone. 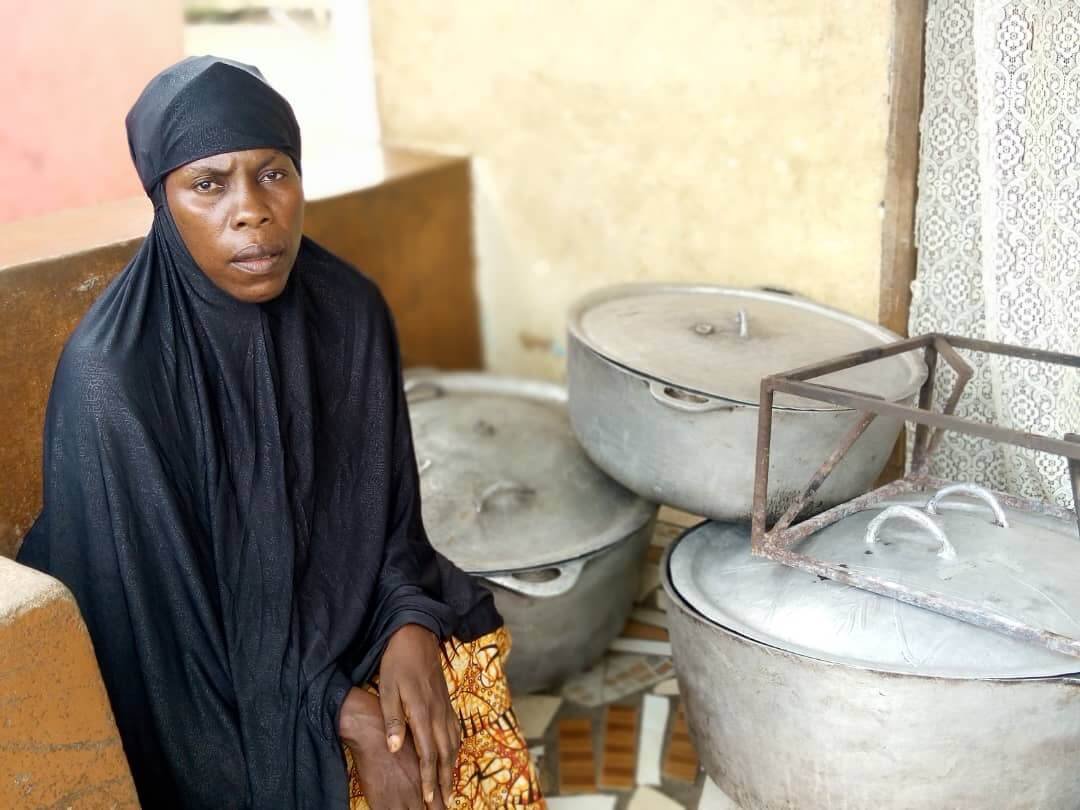 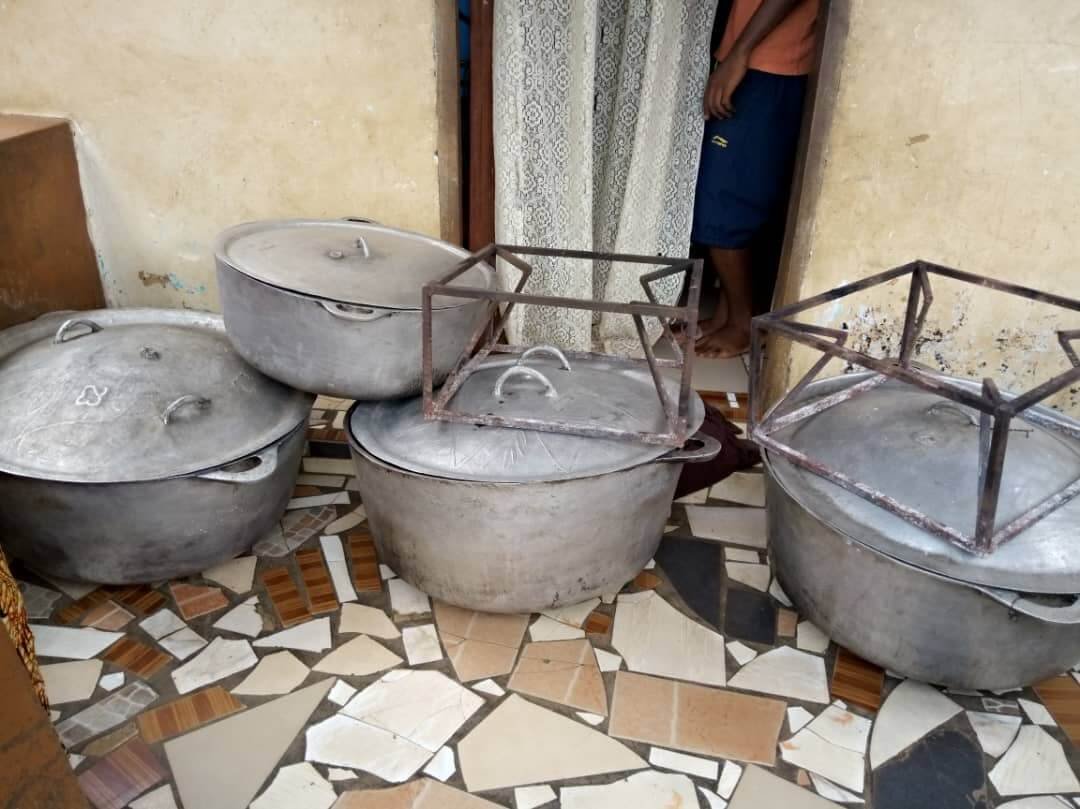 “I rent these pots to community members for cooking purposes . Now I have another source of income which has enabled me take extra very good care of my children, I am beyond happy for this”,she joyfully explained. 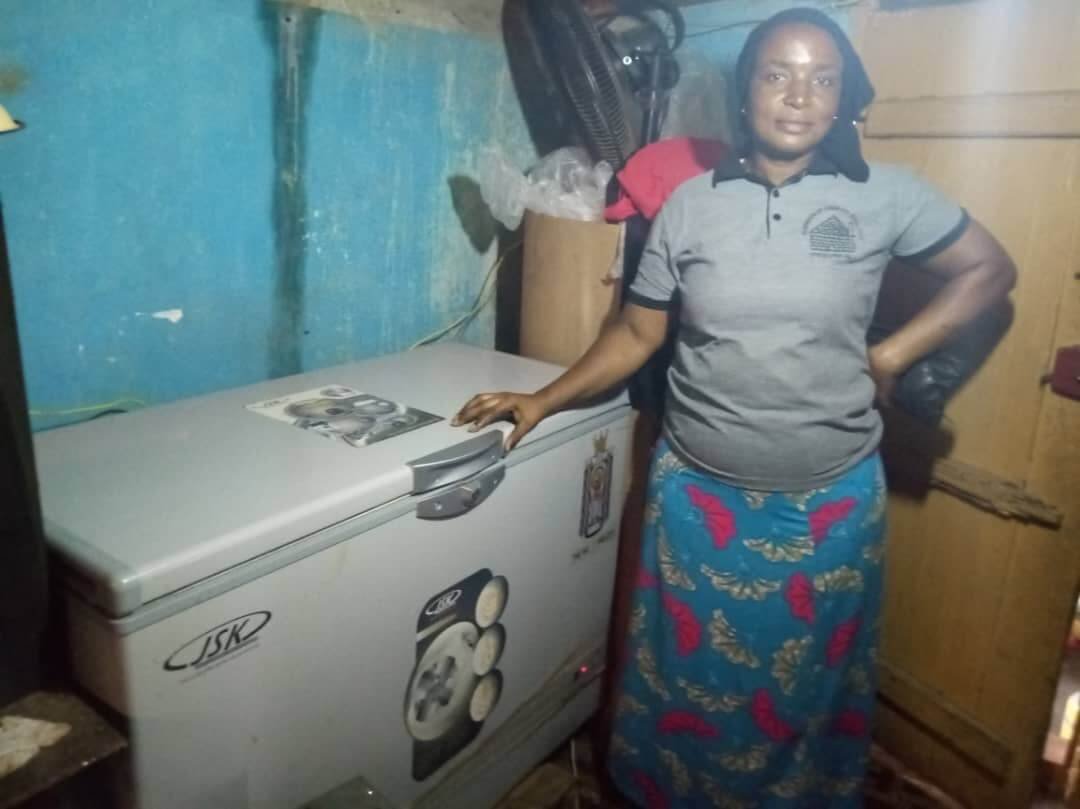 Zainab Kargbo now owns a big deep freezer, she expressed satisfaction and gratitude. “I want to say thanks to SEND Sierra Leone, Trocaire and Irish Aid for educating us with this project. Before the inception of this project,I had no hope of buying a freezer but now, there is additional income in my home because with the stable electricity supply, I now sell cold water and drinks. This has brought hope in my life”. 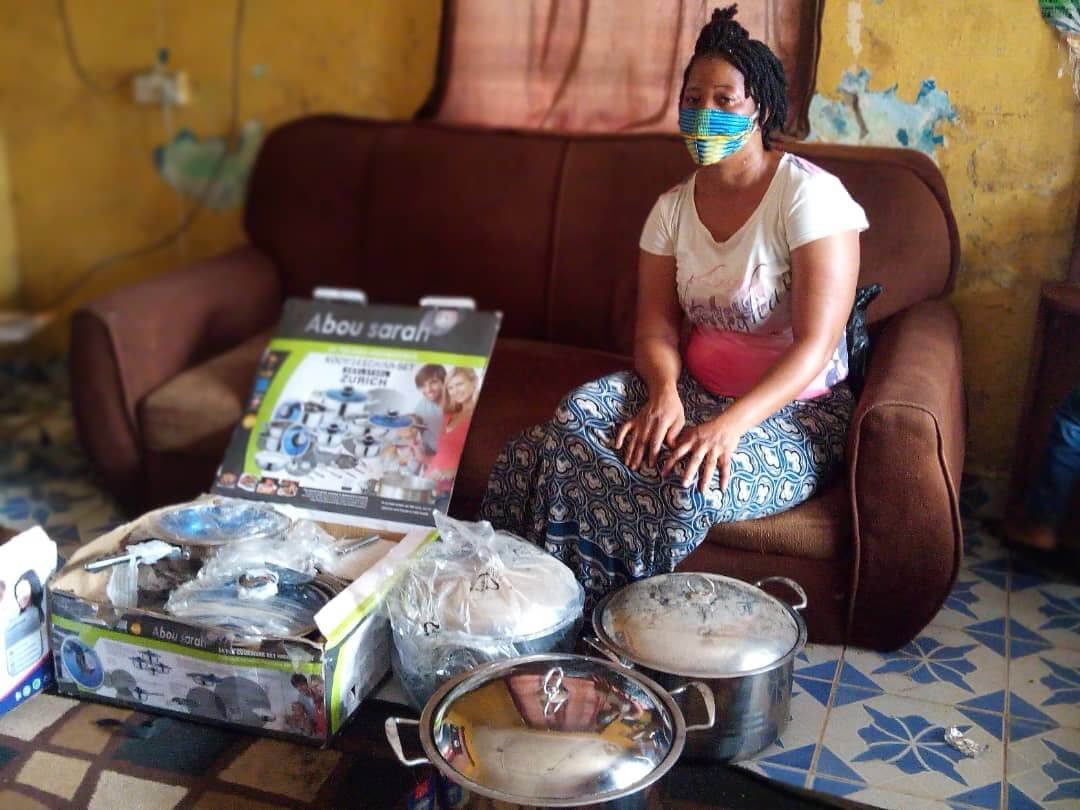 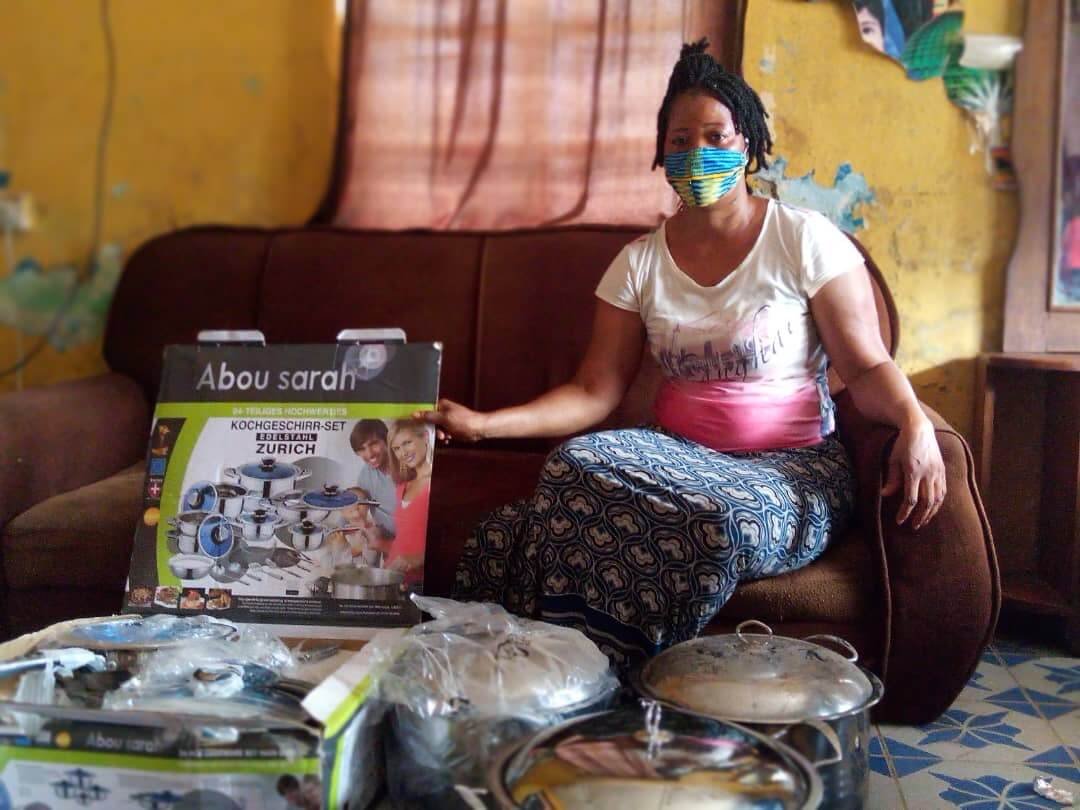 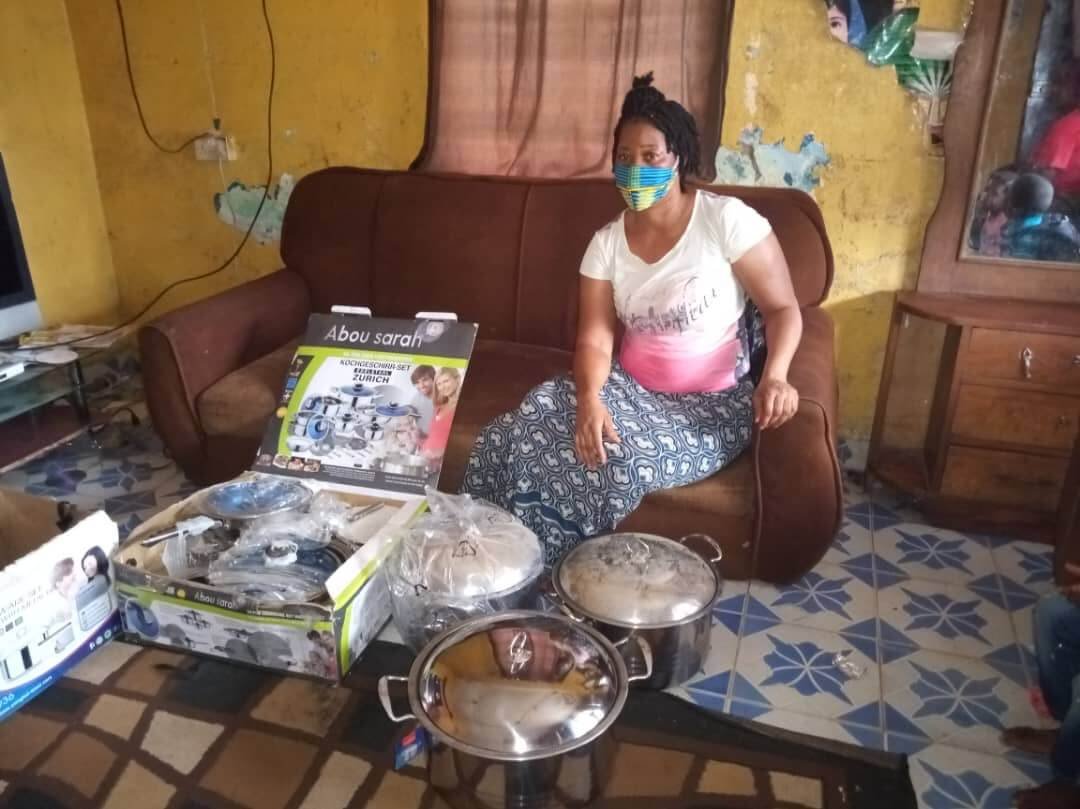 Kadiatu Mansaray has recently benefited with two set of sauce pans. She uses a set for her household chores while the other set of sauce pans are rented out. The next beneficiary intends to purchase chairs to rent at events and other social functions.

“We are very much happy and appreciate the support provided thus far. It is our hope that this project is sustained for future generations”, Isha Kanu a member of One Umbrella noted.

In addition to the financial and livelihood impact on the lives of the women in Funkia, they are beginning to champion women’s issues in their communities. They are also involved in sharing their experiences with other women in their communities and beyond. As a result, newly formed “One Umbrella” group at Shelleh Water is now recieving mentoring and coaching support from God’s Grace VSLA.