“Nyandehun community won the prize and was awarded One Million Leones”

Nyandehun, with a population of 1500 inhabitants is among the eleven communities located in the Sandaru section of Gaura chiefdom located in the Kenema District. The population in Nyandehun are mainly indigenous subsistence farmers who cultivate rice, cacao, coffee and palm trees to earn a living. This community is among the sixty-one operational communities implementing the Food and Nutrition Security project (LANN+) which is funded by BMZ through Welthungerhilfe Sierra Leone and SEND Sierra Leone in the Kenema and Pujehun districts.

The community, like most communities is faced with adverse economic issues like poverty, poor harvest due to climate change, low income opportunities, poor education facilities, poor road network and little to no intervention from developmental organizations among other underlying issues. In recent years, residents have actively engaged stakeholders on developmental activities and succeeded in constructing a bakery in 2019. The secret to their success as disclosed by the mammy queen, Jattu Fabia was the use of their own social structures and resources to address their own problems.

In early 2019, Joseph Ayamga, Country Director for SEND Sierra Leone organised a competition for communities in the Sandaru section to expand their Orange Sweet Potato (OSP) farms and to cultivate 1000 banana and 1000 plantain suckers. This competition he hoped will motivate the communities to embark on agricultural activities and become self-reliant.

Nyandehun community won the prize and was awarded One Million Leones. They saved half of the prize money into their Village Savings and Loan Association box and the other half as agreed by community residents was invested into their individual Orange Sweet Potato farms. This was to enhance income generation and empower women to become independent.

The road network that connects Nyandehun to other towns is poor and this has made the transportation of farm harvest to bigger towns for sale very difficult as most of the produce gets destroyed enroute or perishes in storage due to the lack of an easily accessible market. Residents therefore decided to select from the range of opportunities that will provide a ripple multiplier effect on development within the community-Bread making.

“We chose to produce bread because majority of our people like bread. Most times, we have to send money to Kenema with bike riders to buy bread for us and normally the bread ends up with mold due to fermenting or we end up quarrelling with some bike riders who decide to be mischievous” noted the multiplier Mariama Garmoh. 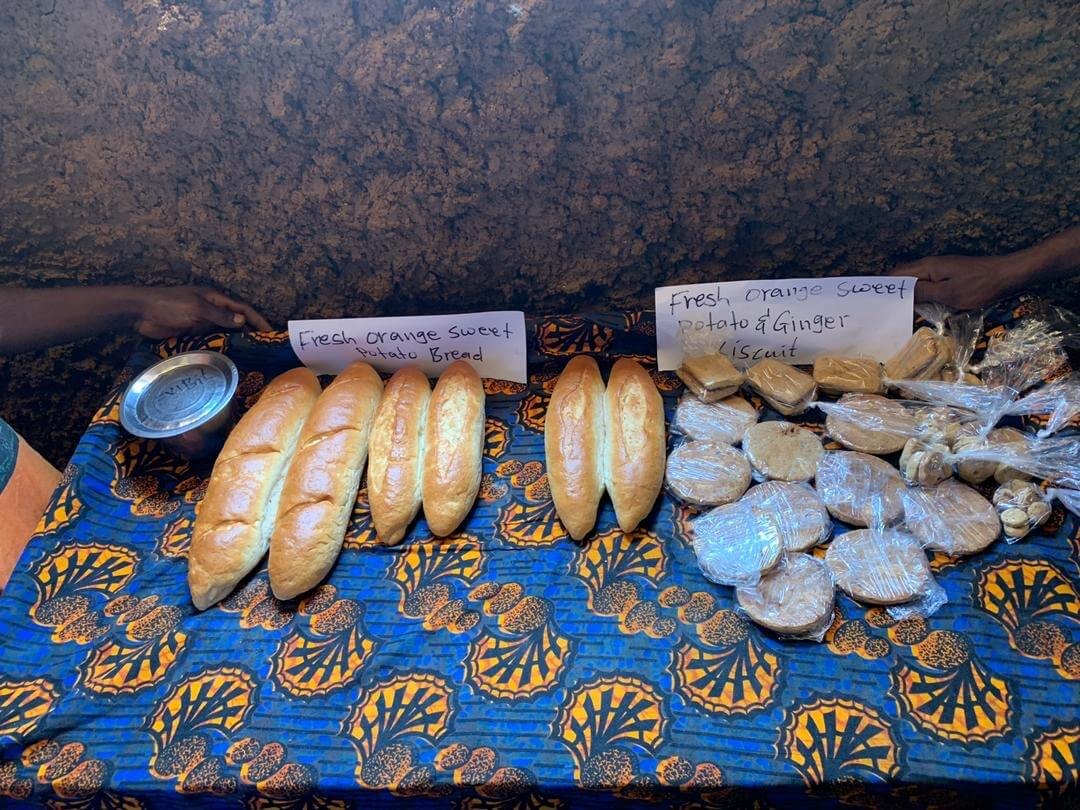 Picture above: Orange Sweet Potato Bread and biscuits produced by the bakery for sale. 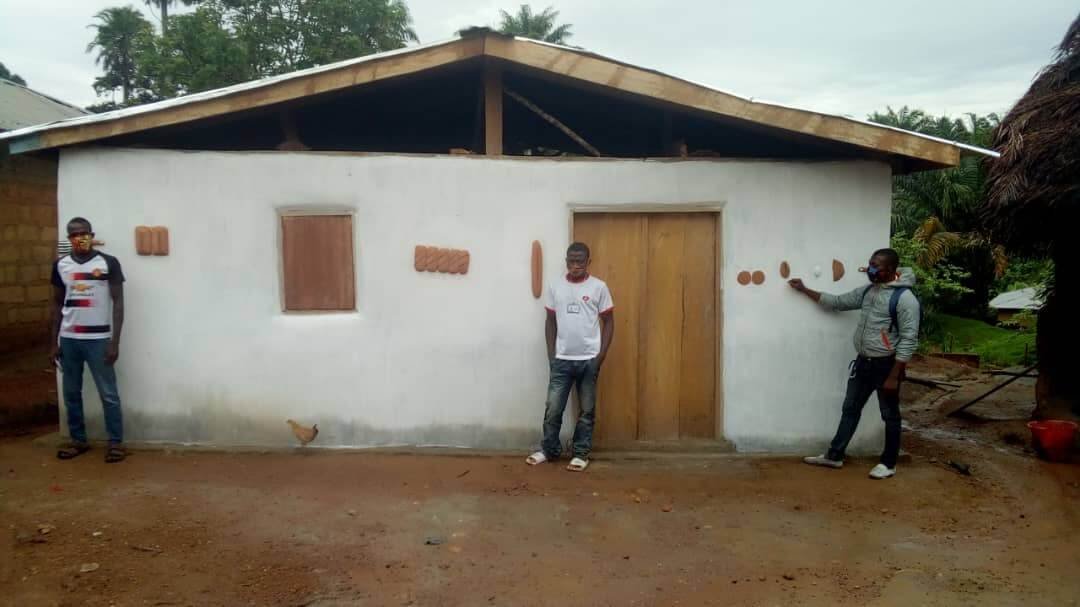 Picture above: The bakery that was constructed under the LANN+ project to support the Nyandehun community.

Construction of the bakery required a lot of financial and other resources. As a result, savings from the Village Savings Loans Association was invested into the construction of a bakery built with mud bricks.

“Our first bread production was a success, it was very rich and tasted much better than the local bread commonly called “Tapalapa”, noted the mammy queen.

The community bakery is becoming popular and there is high demand by residents and even neighbouring communities for the production of bread, biscuits and cakes. With its arable land, Nyandehun residents have embarked on a large-scale planting of orange sweet potatoes as it is another major ingredient in bread making.

“Life is relatively better than it was before. I now sell the baked biscuits and cakes and it has greatly contributed to my survival during this COVID 19 pandemic and also my children love eating them”, expressed a lactating mother.

The impact of the bakery in Nyandehun is immense, as a result, the sum of ten million and forty-five thousand (Le10, 045, 000) was given to this community under the LANN+ project to construct well-structured bakery building with all-purpose oven

The community now has a fully functional bakery that promotes improved hygiene and safe-handing of all food items produced to prevent contamination from rodents, flies and fowls. Additional support through education and sensitization was given to residents to ensure they understand and implement the hygiene protocols.

Residents have saved up to one million five hundred thousand Leones (35,000 per day) from the sales of the products. Their plan is to giving out loans to community members to start or expand on their existing businesses to support themselves, invest in large scale agriculture and WaSH facilities. They have invested in smart agriculture diversification, cultivating over four acres of orange sweet potatoes, banana, plantain and groundnut farms to aid boost their immune system during this pandemic. From a deprived community, Nyandehun has spiralled into an enviable community, developing a healthy lifestyle from the GMF and LANN+ approach and sustainable options to reduce poverty, low socio-economic, environmental and cultural adversity.