“This project has been an eye opener to us as far as climate change is concerned. Before this time, we had little or no idea of what climate change is but with the support of SEND and Engineers Without Borders-Denmark, they taught us and even provided us some funds to buy tools for us to embark on tree planting, drainage, and dumpsite construction. This is a blessing to us”, said Chief Saffa of Geima in Dama chiefdom 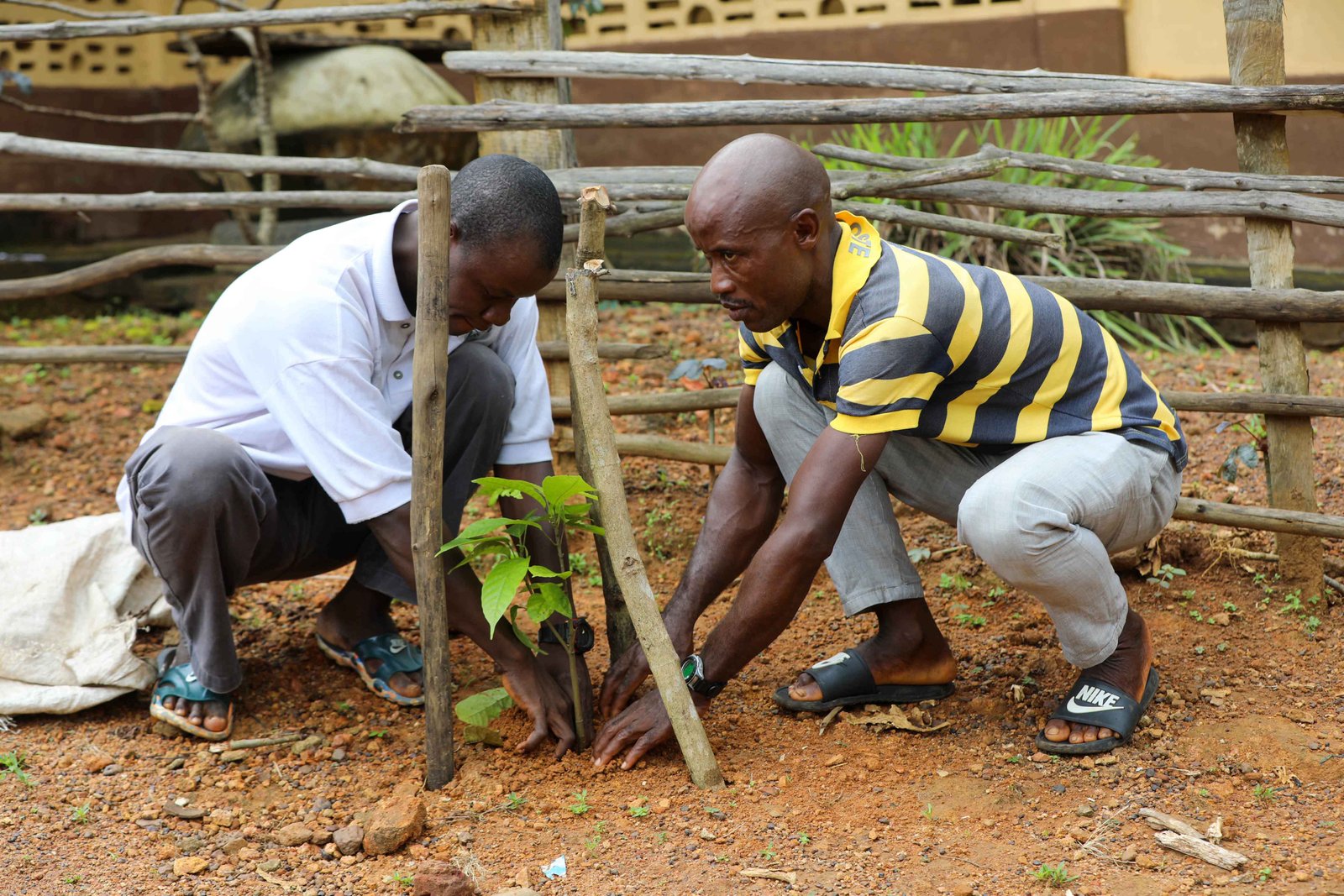 Third on the list of nations most susceptible to the consequences of climate change is Sierra Leone. Certainly not an achievement the nation is proud of, especially in light of the threat posed by climate change to the small but steady progress made following the Ebola and 11-year civil war periods. Rural populations, many of whom are small-scale farmers making less than $2 per day, are the group most affected by the consequences of climate change. Their way of life and food security are in danger, as is the long-term viability of the abundant biodiversity that has long protected rural populations.

“We have been seriously affected by the extreme weather conditions in the past years. As rural farmers, we have limited knowledge on the reasons why our crops have not been yielding well as expected…….” said Musa Kamara, a farmer and Councillor in Ward 038, Kenema district."

In November 2021, SEND Sierra Leone launched the Enhancing Climate Resilience in Rural Sierra Leone project in collaboration with Engineers Without Borders-Denmark. Through active citizen involvement in climate-sensitive, water, sanitation, and hygiene initiatives, the one-year project funded by CISU is enhancing the livelihoods of rural communities. Twelve community leaders from each of the ten target rural communities in the Kenema district formed Climate WASH committees in their respective communities to oversee all engagements and the execution of community action plans. The 120 committee members received training on climate-sensitive and adaptive practices that improve the community's capacity for adaptation and resilience to climate change. Members received training on several approaches during these sessions, including ASSET-SALT, which guarantees community mobilization of local resources to support action plans. Members also learned how practices like planting trees, building surface drainage systems, and creating waste disposal facilities assist communities avoid disasters like windstorms and flooding and diseases such as cholera, as well as protect the community and its WASH structures from inclement weather conditions. Additionally recommended throughout the training sessions were the usage of plate racks, clothes lines, and the safeguarding of water sources. Individual households were the focus of community-wide awareness campaigns that emphasized the importance of maintaining good sanitation and hygiene in every home.

By May 2022, all ten communities had finished the climate-sensitive training, created action plans, and designated the locations where the resilient activities would take place. As part of the tree-planting exercise, suitable areas were allocated in each community for the construction of nurseries. The community also mapped out surface drainage channels, tree points, and dumpsite locations to demonstrate their commitment to preparing for climate change. As part of efforts to improve their household sanitary cleanliness, households started making plate racks and garment lines out of indigenous materials like bamboo poles.

For the purpose of assisting with the execution of community resilience action plans, the project provided a seed fund of $4,688. A portion of the seed capital was distributed to each community so that they could perform minor repairs and maintenance on the water pumps and wells in their communities. To date, walls have been built for 3 water pumps to protect them from animal and natural disaster damage, 1 water tank has been renovated, and a total of 11 water pumps have had their parts replaced. In communities like Njama with a single water source which was previously not functioning, their allocation of the seed fund was used to repair the community well and construct a protective wall to ensure all households have access to clean potable drinking water. Additionally, equipment was purchased by the project to aid each community's construction efforts to create local resilience structures. To enable them to start construction projects, each village received wheelbarrows, head pans, axes, rakes, and other tools. All of the towns included in the project had finished building their own surface drainage systems by August 2022, allowing surface water to flow freely through them during rainy seasons. Because of these waterways, communities are experiencing less floods and property damage. The communities have built a total of 17 waste dump sites to ensure that waste is properly disposed of away from the community. Construction of these dumpsites has significantly improved household and communal sanitation in all communities. This has resulted in a significant decrease in hygiene and sanitation-related diseases within households. 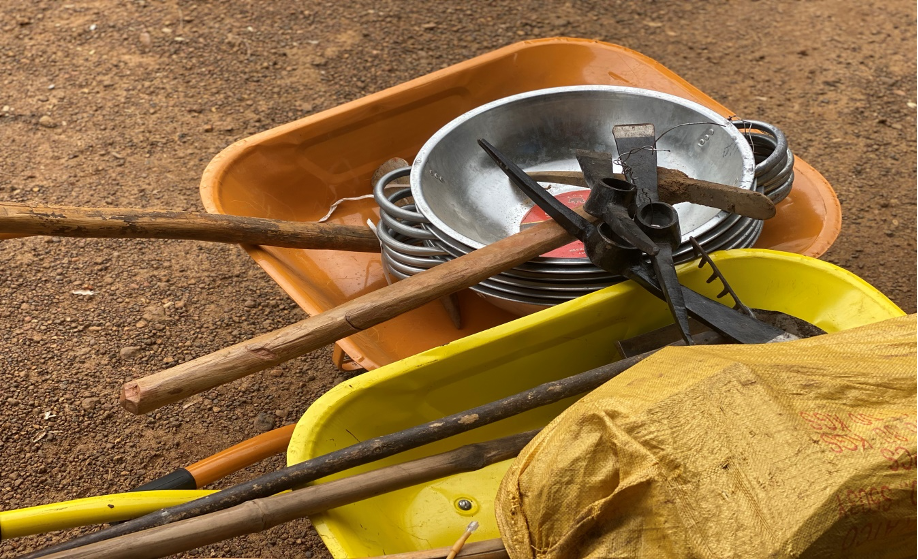 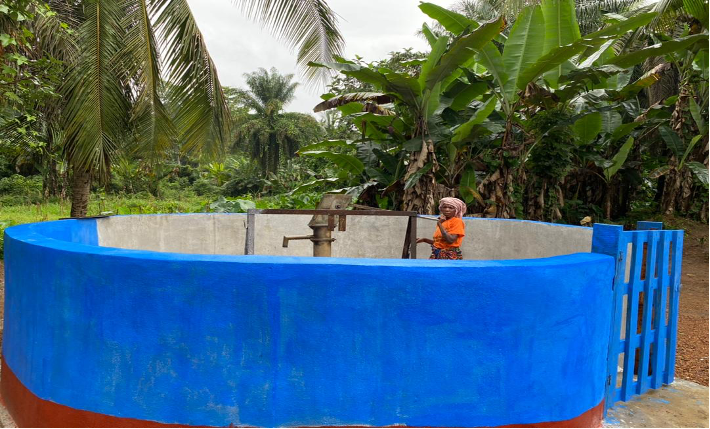 Following rigorous indoctrination efforts by the community Climate WASH Committees, monitoring activities in late August 2022 reveal that 577 bamboo plate racks and clothing lines have been built in all 10 communities. The communities' positions to become climate-sensitive and adapt appropriately are supported by the usage of bamboo sticks for the plate racks and clothing lines. To aid in the fight against climate change, a total of 5,642 trees have been planted at strategic locations throughout all communities. More locally, the leafy shade and moisture from these newly planted trees improve the climate in the communities by cooling the air, land, and water points.

“We have planted these trees to protect our communities from many future problems. These trees will not only benefit us but will also be beneficial to our children and grandchildren. We appreciate the project and the donor partners for raising such awareness to us”, said Salaymatu Jaward.

"This project has been an eye opener to us as far as climate change is concerned. Before this time, we had little or no idea of what climate change is but with the support of SEND and EWB, they taught us and even provided us some funds to buy tools for us to embark on tree planting, drainage, and dumpsite construction. This is a blessing to us”, said Chief Saffa of Geima in Dama chiefdom"

Under the direction of its Strategic Direction:2019-2023, SEND Sierra Leone has incorporated “Resilience development of target beneficiaries” into all its thematic programming which has resulted in the development and implementation of multiple community-led interventions such as the Enhancing Climate Resilience in Rural Sierra Leone project. 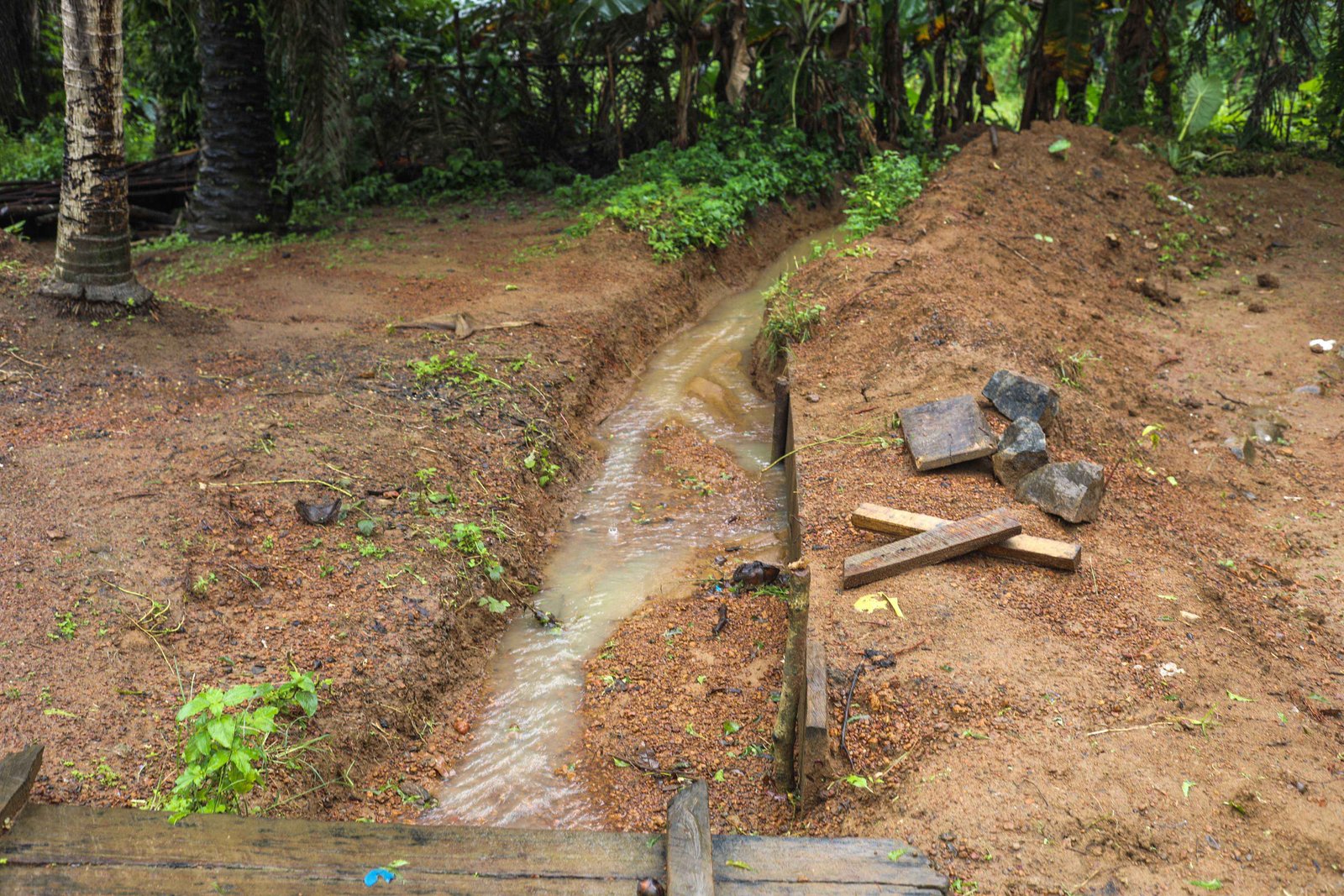